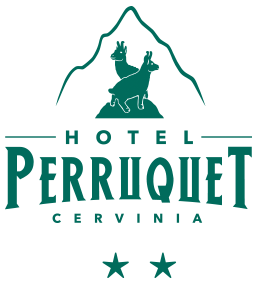 You haven’t probably missed the many photos hanging in the bar and in the breakfast room, and you have probably seen them also in the photo galleries and in the video on our web site; their aim is to get you to know more about our traditions and about how people used to live in the mountain in the past. But above all, they show Pio Perruquet, Silvana and Franco’s father. Pio was an alpine guide of the Matterhorn, at that time people went to the mountains for work, but certainly for passion too. Thanks to his profession of alpine guide and mule driver, he used to accompany the most prosperous families, who loved to spend a long time in the mountains. The statue you can see above the hotel entrance is a mountaineer and is conceived in his memory.

Pio also led Queen Maria José of Belgium up to the Matterhorn (she was born Princess of Belgium in Ostend on August 4th 1906). She was the last queen of Italy, consort of King Umberto II, and passed into history as the “Queen of May”, since her reign only lasted from May 9th to June 18th 1946. For us the Italians, she became renowned as Maria Giuseppina of Savoy, and she died in Thônex on January 27th 2001. In Aosta Valley the queen became famous for her strong passion: the mountain. Maria Josè climbed several peaks, and, as a woman-mountaineer, for the historical situation in which she lived, she was definitely a great example by which being inspired. I am so proud that thanks to my grandfather our family has come into contact with such an important historical figure. Going back to the pictures: the Queen gave the pictures taken during the ascension to the guides accompanying her on the Gran Becca (the name that we use for our Mt. Cervino 4478 mt) on September 11th – 12th 1941, that’s why today you can see these precious photographs when you visit our bar or stay at the hotel. You will also see many other shots depicting skiers and Pio’s expeditions. 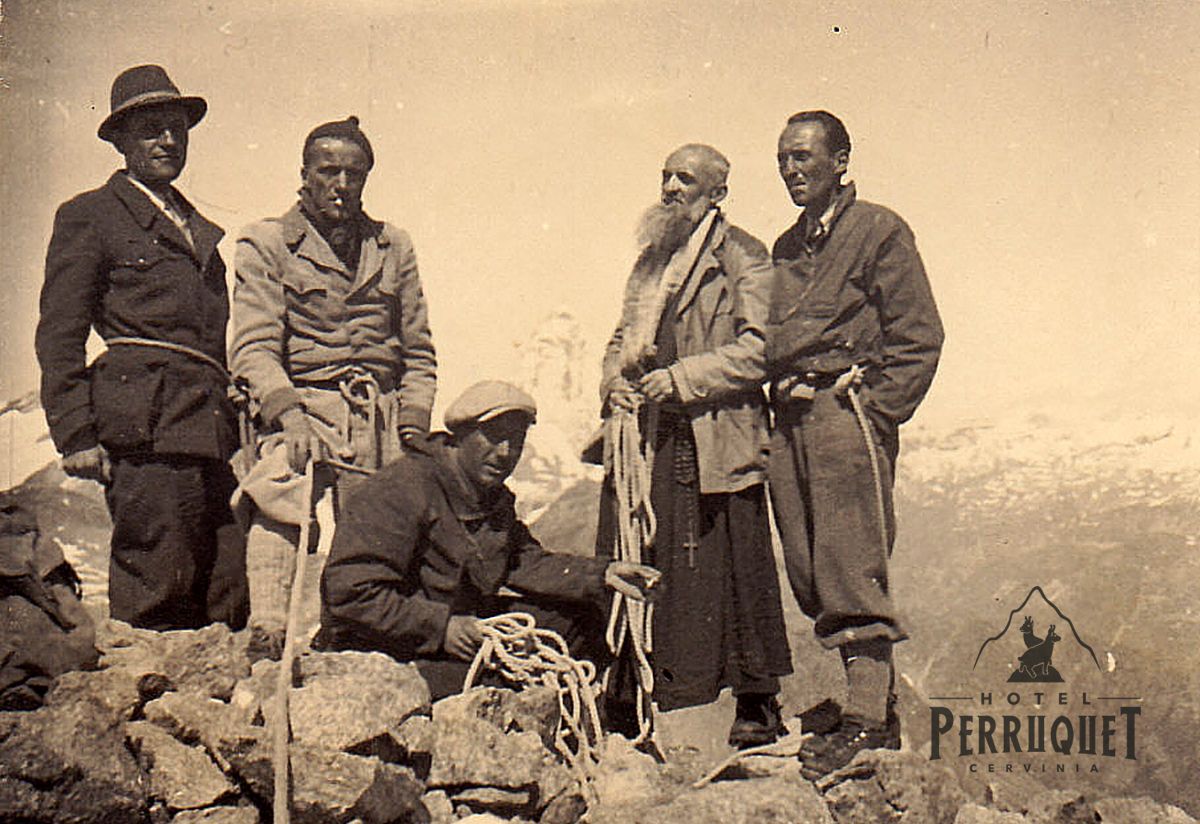 Pio met my grandmother Vittorina during his many ascents on the Gran Becca, Vittorina actually had been working for several season in the village of Breuil as a cook at the Duca degli Abruzzi hut, at the foot of the Matterhorn. After getting married and raising their children, they started building the house next to the hotel and in 1962 the Hotel Perruquet was completed and they started their hotel business. Silvana and Franco decided to continue the family business; today I have chosen to follow this adventure too and I hope I’ll be able to carry on our history in the best way and to continue to make Hotel Perruquet live on with the simple and careful spirit that has always characterized it.